At first glance this building appeared very solid.
The heavy concrete structure was the standout architectural feature, and being purpose built for one of the largest banks, this was obviously the intent.
The bank was moving on, and as the building is located on one of Auckland’s best-known shopping strips, a move to retail, and office space, was the obvious change in use.
Apart from stairs and a couple of narrow entries, connections to the street, both front and back were poor. The addition of new façades and a connecting retail space, created additional floor area, and made the building more prominent.
The office floors were opened up, and new high quality amenities added, including a passenger lift.
Part of the work included structural upgrade, while the solid construction worked well on one direction, the side-to-side earthquake resistance was found to be weak.
Steel frames were introduced to add strength, and these were concealed within new ceiling, and column cavities.
Seismic architecture has enhanced the buildings solid nature in a seamless, contemporary manner. 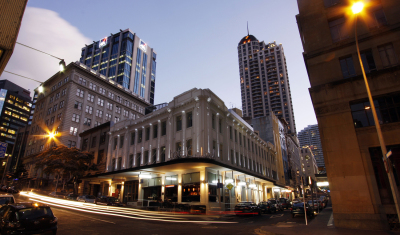 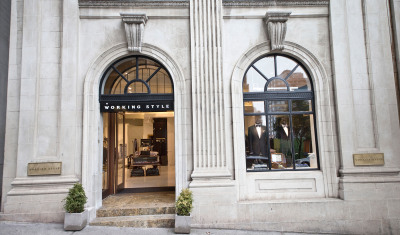